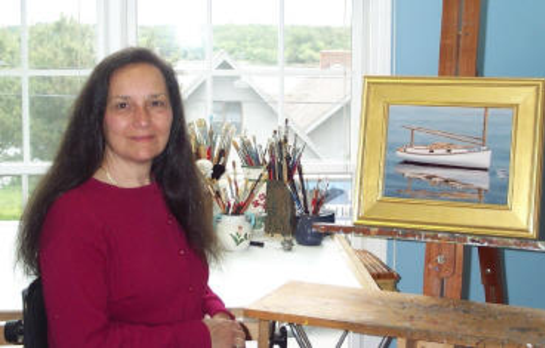 ​​​​​Christie is past president of the Cape Cod Art Association and co-founder of "21 in Truro" - a group of professional woman artists.  Her work is in private and corporate collections throughout the United States, Canada, Ireland, England, and Australia.  Versatile in both oil and watercolor, Christie has taught studio as well as plein-air workshops at Cape Cod Community College, The Cahoon Museum of American Art, The Falmouth Artists Guild, The Cape Cod Art Association, The Creative Arts Center in Chatham, and The Cape Cod Guild of Fine Art.

Cultural Center of Cape Cod, "21 in Truro: Between Sea and Sky"

Provincetown Art Association and Museum, "Visions and Voices of the Outer Cape"

Cahoon Museum of American Art, "The World of Words"

Cahoon Museum, "A feast for the Eyes"

Birdsey on the Cape - solo show

Christie is currently represented by:

Christie has been represented by:

​Birsdey on the Cape, Osterville, MA

Christie has been a juror for many open juried exhibitions in New England.

Christie has consistently won "Best in Show" and "The Peoples Choice" awards in open juried Exhibitions.